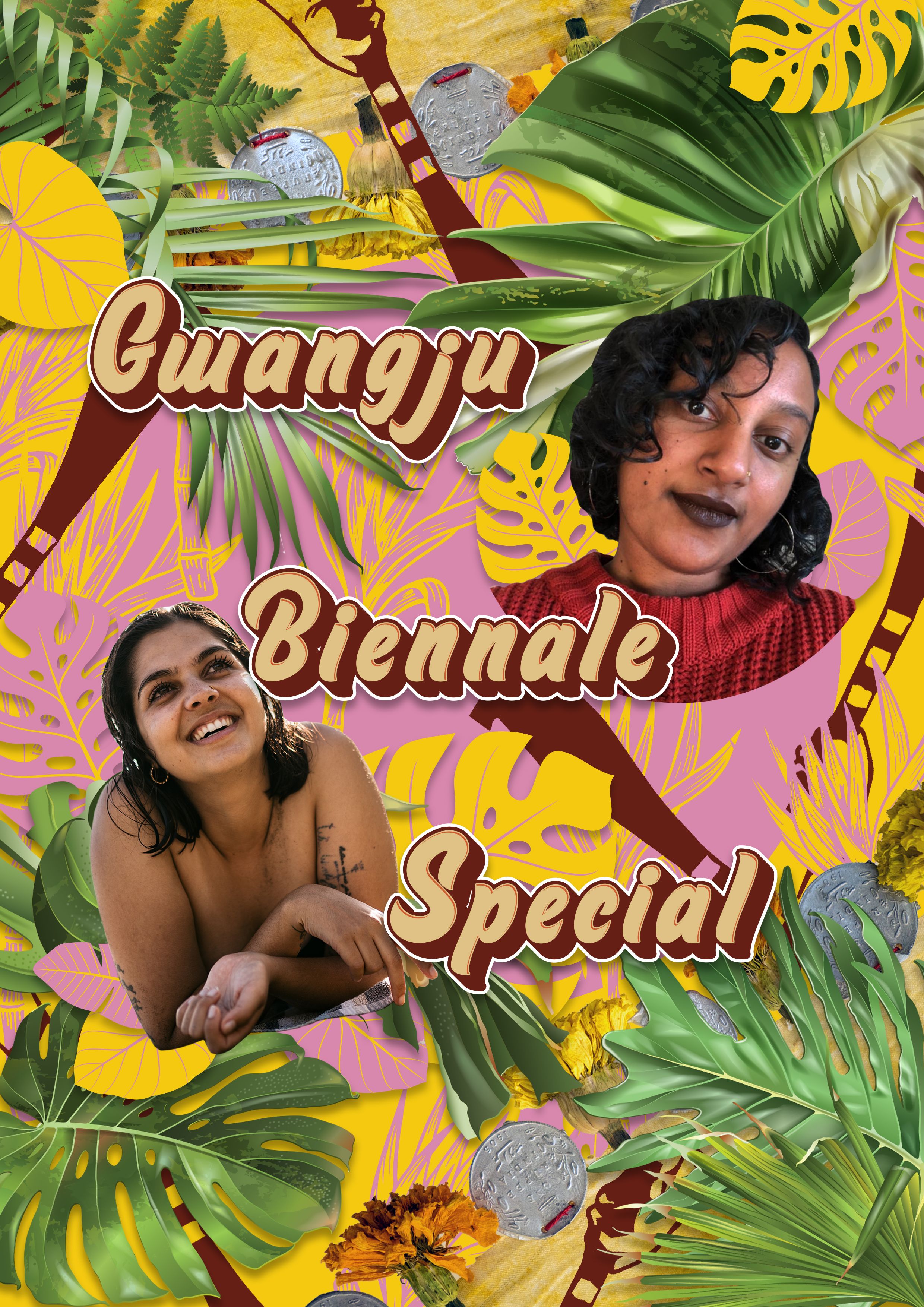 The 13th Gwangju Biennale features a dynamic program encompassing an exhibition, a performance program, an online publishing platform and publications, and a series of public forums bringing together artists, theoretical scientists, and systems thinkers.

Girmit or indentured labour is an insidious history, riddled with violence and domination in the name of economic expansion for Empire. The eventual abolishment and end of the indenture system was in 1920, yet two weeks after, Girmitiya women led one of Fiji’s biggest labour strikes. Over 5000 people in the Suva-Rewa area of Fiji left work, and strikes and riots broke out between the months of January and February. The Colonial government retaliated to the labour strike with military forces, warships sent from New Zealand and Australia, police patrols, draconian laws and ordinances that eventually placed Fiji on martial law for the year.

Quishile Charan’s textile works were on display discussing the resistance histories of Girmitiya women. Hand-made textiles highlighted key moments around the 1920 labour strike in Suva, Fiji (see SEVENTH Gallery Exhibition). In addition, to grieve among the sugarcane fields (2018), an 11.4m long textile banner was also displayed alongside the other textile works, which is the reclamation of archival imagery of Girmitiya women. This textile cherishes Girmitiyas resistance through a textile landscape that seeks to honour them and shatter the historical silence that has been placed onto Girmitiya women and their histories.

Alongside the textile works, the Bad Fiji Gyals produced a podcast episode to discuss their research into the role of women in the 1920 labour strike and why this pivotal resistance history has been denied to Girmitiya women and their descendants for so long.

Listen to episode on our Fiji Baat YouTube channel here